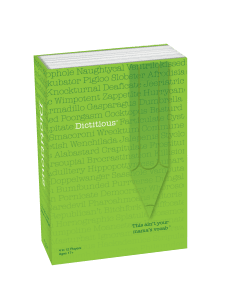 Dictitious is a wild game of made-up words and made-up definitions! Sound familiar? Dictitious was created by Johanna and Lori, two listeners of Says You!. Like many of you, Johanna and Lori have contributed rounds and words to our game. One day they wised up and realized they had a clever and hilarious game of their own. Partnering with PlayMonster, Johanna and Lori created Dicititious. Luckily, we won’t be losing out on Johanna or Lori’s wit. Starting this season you’ll hear rounds of Dictitious played in our show by our panel. This game of silly definitions and spelling mysteries is just the sort of thing we love.

Listen this weekend to hear our panel play Dictitious from Johanna and Lori’s home town of Seattle.

Says You! Live in Concord!

Ooooh That Smell
Scroll to top