Chris from Monroe, WI, listens to our podcast and hits us with some local knowledge:

I was listening to the show this morning and there was a question about Waunakee being the only Waunakee in the world because the one in New Jersey – Wanaque – is spelled differently. I now live in Wisconsin, but grew up in New Jersey and actually lived in Wanaque for about 3 years. Waunakee can definitely claim that they are the only Waunakee, not just because of the spelling but because of pronunciation – Wanaque is pronounced Wana – queue not Wauna – kee.

While it seems that most people pronounce it “-cue,” we did uncover a number of sources supporting the “-key” pronunciation. Take a listen to Barry’s question in round 1 and let us know how YOU say it!

In a recent rebroadcast, a definition caught the attention of Kqed listener Michelle of Hayward, CA:

I am writing in the hopes of getting a bit more information on a word that was defined on your “A Fall Festival of Gerunds” episode. In this episode, during the “Bluff” segment of the show, the panelists were asked to define the word “blimbing.” I was quite excited when I learned that the definition of the word was “a two-rail kick in billiards” as my spouse is a master-ranked pool player part of the Billiards Congress of America (BCA) as well as Cue Sports International (CSI). Aster the show, I immediately called him and asked him about the word. To my surprise, he had never heard of it until that moment. Curious, he began asking around at some of his Bay-area pool leagues and at billiards tournaments; however, no one with whom he has spoken has heard of this word either.

We have “Googled.” We have “OED-ed.” And we have found nothing on “blimbing” as defined as a two-rail kick in billiards.

So, Says You, have you bluffed us? Or, is there a place to which you can point us to learn more about this word, its origins, and its usage?

Since another name for the game of billiards is “carambole” (from which we get “carom”), some say that “blimbing” is a play on words: the blimbing and the carambola (note the final “a”) are two closely related species of tree. Sound plausible? Let us know what you think. 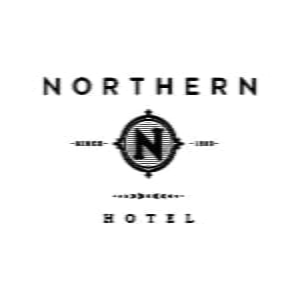 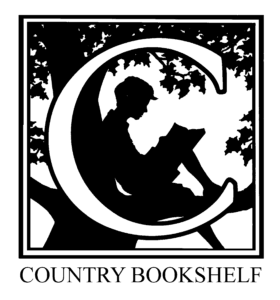 The Country Bookshelf is a local, independent bookstore located in historic downtown Bozeman. Their goal is to promote the love of reading to all, by carrying the best selection of books anywhere! The Country Bookshelf hosts regular author events and workshops throughout the year, as well as their very own Book Club.

Says You! returns to the Greater Boston area this winter for our Home for the Holidays Special at Walnut Hill December 27 and 28! Tickets and details are on the way, so mark your calendars for this holiday event!

This weekend L.A. Theater Works continues California Month with a dark chapter in Hollywood history. On November 24, 1947, the most powerful men in American film met in New York’s plush Waldorf-Astoria Hotel to decide how to address the Communist witch hunt being carried out by the House Un-American Activities Committee. Twenty-four hours later they emerged having created the Hollywood Blacklist. The Waldorf Conference by Nat Segaloff, Daniel M. Kimmel and Arnie Reisman dramatically speculates on what went on in that room.

Visit L.A. Theater Works to find out when your local station is airing this radio event – or listen now below.

KUAR listener Travis from Little Rock writes in with questions and comments.

Hi! I’m writing in response to a recent “Says You!” episode: Original Syntax.

I listen to “Says You!” every Saturday, and have been an ardent fan from the age of 15 (now 29, for what it’s worth). This is my first time writing to you. A phrase said by Dave Zobel triggered a very deep memory. While I’m writing, I will mention one (rather insignificant) comment, then ask my burning question.

Now the (far more important) question:
When David suggested that “whatever” was not an adverb, he explained that it’s not, as it does not modify “a verb, adjective, or another adverb.” This particular phrasing gave me a sudden flashback to the fourth grade, in which I was taught grammar via the “Shurley Method,” in which jingles are used to teach English grammar. This exact line is in a song defining adverbs. “A verb, adjective, or another adverb.” Can you PLEASE check with Dave and see if he experienced this same training. I realize it’s a long shot to suggest that David remembered this due to his elementary schooling. However, the fact that he uses the exact phrasing as the song does leave me quite curious. At any rate, can you check on this?

And to answer Travis’s far more important question: While Dave has been known to hum the occasional grammar-related jingle -we’ve yet to hear him belt out any of the Shurley Method’s greatest hits.